The adventure, romance, and war continues through four more books in 2232: Chase Into Blackness. Covering the second year of the Martian War, this omnibus follows Ken Barron and his comrades Karen McMaster and Charlie Peters on their infamous mission to Jupiter. Over the course of four books, Barron and his ‘Jupiter Force’ are assembled and sent on the months-long cruise to the outer planet, to relieve the isolated (and largely redundant) colony on Io. Rife with ship battles, duels between special forces, brutal traps, and moments of profound personal loss, this mission left an indelible mark on the elite of Defense Command. Once again narrating, Ken Barron spares none of the potentially damaging details, and misses no opportunity to find the humor — however grim — in this first full year of hostilities between Earth and Mars.

Includes 4 novels: The Gallant Few, The Jupiter Patrol, The Sinope Affair, and The Dark Cruise.

“Are you sure this is the right lane?”

First Lord John Fiora sounded cold when he asked the question, because he was cold. It was late in January, it was foggy and damp, and this was Ireland. He was going to be cold, no matter how many fancy heaters had been sewn into his jacket.

Major Carrie Walsh of Special Branch (remember her from The Almost Coup?) was his immediate companion; her squad’s officers were fanned out in the fields on either side of the lane, creeping forward through the fog, trying to see if they could find a landmark.

How do I put this without embarrassing them…

They had been misdirected by the fog.

In other words, they were lost.

“I think… I mean, this should be…” Carrie Walsh, remember, had been with John, Greg and Haley Briand when they’d stormed the Emperor’s Terra Nova Palace – she was as tough as Special Branch made them.

But even Special Branch is no match for fog. Capital Island and Ireland have very similar climates – they’re essentially in the same positions on opposite sides of the North Atlantic – so both places saw plenty of the thick, damp, misty fog. But that didn’t help. There is something unconquerable about fog. You just have to learn to live with it.

That fact wasn’t helping John or Carrie at this particular moment, though.

“Major, I think I’ve got something over here – I see a house!” a voice came over Carrie’s earpiece and she held up her fist in one of the Special Brancher hand gesture thingies that Charlie Peters uses so fluently.

John, being much more worldly than me, knew what it meant, so he stopped in his tracks, thrusting his hands deeper into his pockets and tried to avoid a scowl, “Found the house yet?”

Carrie nodded slowly, “Think so. Everyone form up on Stacey’s position, right thirty from me.”

A chorus of ‘yes ma’ams’ came next, and John turned to his right, took two steps forward, looked down and stopped. At the edge of the lane, there was a grassy mound covered in what looked like frozen mud.

“I’ll let you check it out, last thing I need to do is slip and throw my back out. Anne would not be pleased!” He waved Carrie forward, and the Major smiled before leaping over the mound like a cat.

“Ooh, to be young like that again,” John muttered and shook his head.

He waited for a couple of minutes, the cold wind picking up and proving yet again that no uniform jacket, no matter how decompression-proof it says it is, can keep out the damp cold of the North Atlantic. As he turned and looked at the lane he’d been walking up, he started to wonder what was taking so long…

And then a deafening whirr started screeching through the air. You probably wouldn’t be familiar with the sound, but being a history fellow himself, John recognized it as a very old air-raid siren. The hand-cranked type.

Then the thud of a microphone being activated filled the air, and after a second, a thick Irish voice came ripping through the fog, “Who the fuck is out there tryin’ to steal my horses?”

John stopped dead in his tracks. No way he’d been seen through this fog.

He took a couple of steps up the lane, and the fog – with impeccable timing, as fog tends to have – started to lift a little. The lane definitely curled up towards…

“Stay right the bloody Jesus where you are, dammit! You’re in a minefield!”

John stopped dead in his tracks… ooh, sorry about that almost-pun.

The fog was lifting quickly now, and John’s eyes started darting around his feet, looking for any disturbances that might have marked mag-mines… or even old-fashioned explosive mines.

“Jesus Mary, that’s a Special Branch squad. What in the name of God are you doing out in my field, exactly? I know ye bastards all have the death-wish mentality, but I’d think you’d want to have at least a fightin’ chance, yeah?”

Aha, John might not have been seen. He was going to gamble on that, anyway. He started creeping up the lane, and after just a minute the big yellow two-storey clapboard house he’d been looking for came into view.

And standing in front of it with a comm in one hand and some sort of club in the other was the man he was here to see.

Coming closer, John rounded a wooden fence and started up the path towards the house, and then the half obscured figured twitched.

“Oh Jesus!” He dropped his comm and spun the club around, and John realized it was no club. He went to ground with haste, and the loud report of a shotgun – an honest to God cartridge-firing shotgun – cracked out through the fog.

The shell was fired high, but that was enough to force Carrie Walsh into action. Braving the mines, she and her squad sprinted towards the fence, sidearms drawn.

But John stood up slowly as the shooter walked towards him, and as he patted his now-damp clothes with one hand, he waved Carrie off with the other, “Nothing to worry about Carrie, that’s his way of saying hello.”

Carrie and her squad slid to a halt in the field.

“Well Jesus, it’s John Fiora isn’t it?” the shooter emerged from the last wisps of fog with a grin, and tipped the shotgun back against his shoulder. “And here I thought it was a horse thief, come to steal me ponies.”

“You don’t have horses, Daragh,” John tried hard to sound unamused, and the Irishman shrugged.

“I dunna have a minefield either, but that didn’t stop me from havin’ my fun with your entourage. What the hell are you doing bringing a whole squad out just to find me, man? I swear I wouldn’t really shoot you!”

Smiling, John shrugged, “Thought you might need some convincing.”

To answer my publisher’s question, the real reason was simple: concern that the Emperor or some of Dave Caldecott’s old people might use the opportunity of the First Lord wandering through Ireland on his own to stage an accident. No one was supposed to know he was there, but it was very out of the way, and an ideal spot for a trip and fall down a cliff side. Better safe than sorry.

Daragh grinned and looked back out at the field. The fog had lifted entirely now, revealing the awkward predicament of Carrie Walsh’s squad, as they stood tentatively in a seemingly innocuous field.

“Fun indeed, that’s true enough… oh Jesus, now that’s Carrie Walsh out there, isn’t it? Now I’ve gone and done it, I play cards with her auntie every Thursday. What’re you doing getting a good Irish girl lost in a minefield, Johnny?”

Grinning, John stepped forward and patted Daragh on the shoulder, “I’m getting you in trouble with her auntie, what else?”

Snorting a laugh, Daragh nodded, turning and waving towards the house, “There’s no mines, Carrie girl. And don’t tell your Aunt Mairaid about this, or I’ll be killed!”

With a relieved (and I’d expect slightly miffed) sigh, Carrie Walsh started moving her squad across the field towards the yellow house.

John, in the meantime, fell into step next to the man he’d come to see, “So, thanks for not shooting me back there.”

“Who says I meant to miss?” Daragh replied with a grin.

“I didn’t say you meant to. I’m thanking you for being a terrible shot, as always,” John fired right back.

“Jesus, your mother was Irish after all, wasn’t she?”

“She most certainly was,” John chuckled. “So, do you know why I’m here?”

Stopping and scratching his chin with this free hand (he still had his shotgun against his shoulder and held by his other hand), Daragh looked at John, “You’ve either come for tea, or you’ve come to abduct me to fight in this damned war you’ve got on the go.”

John shrugged, “Fight is such a strong word. I don’t know if that shell thrower would do much good in a fight with the Martians.”

Daragh laughed, “Oh come on now, this here would scare the bejesus out of any damned Martie you happened to send my way. So what’s it you want of me, then? I’m not commanding any damned carriers, not a bloody chance. You know, I’ve no more bloody interest in going up into that bloody vacuum. Done my time, so I have. Retired to raise horses.”

“You don’t have horses, Daragh,” John’s tone was flat again.

“I did not say I was good at raising horses.”

“To do what?” Daragh’s eyes narrowed.

“To be Second Lord of the Admiralty. Go pack your bags, Daragh.”

That earned a thoughtful pause, and Daragh directed his gaze skyward for a moment, seemingly thinking it over.

Then the Irishman tilted his head, “You… you’re bloody mad. I’m going to do so much damage…”

“I figure you will,” John shrugged, “but Dave Caldecott’s network of cronies is still messing up our logistics and admin. I want you to clean things up and then get us in shape to win the war. Diane Pena just doesn’t have the experience.”

John never found out just what Lord Ryan meant when he said “Oh boy”, but I don’t think it really matters.

And that’s how John got him to be the new Second Lord of the Admiralty.

The wind died and the fog started rolling back in. 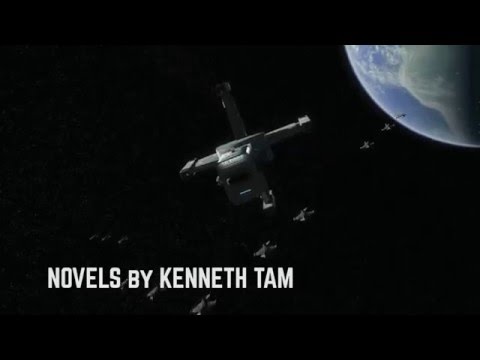